I’ve been thinking a lot about hosting this discussion as it’s something that has really, really bothered me over the past few months. As I’m trans I will use specific examples that I’ve seen of reviews by cis reviewers to demonstrate my points!

I remember reading a review not long after I started book blogging by a fellow #diversebookblogger who had rated a book with trans characters in it very badly. With my curiosity piqued I decided to check the review out to see why the reviewer had rated it so badly as it was a book that I had never heard of or read myself.  The reviewer called the author (and the book out) as being transphobic because they felt that the language used in the book was discriminatory towards trans people and that a lot of the characters were really tropey. Luckily, the reviewer provided multiple quotes and examples to back up their points of how transphobic this book was.

Reading through them though I got the impression that the cis reviewer had misunderstood the book, the authors and the characters. The examples they used to illustrate their points did not seem transphobic to me, but rather real-life examples of things that people actually say about and towards trans people. The way that the trans people in the book spoke was the way that some trans people speak and the way that they acted. Obviously, I had not read the book so it could be that I wasn’t appreciating the examples within their context but made a decision to comment on the review anyway just giving my perspective as someone who is trans and explaining my opinion.

Sadly though, this is not the only time I have seen either from that individual reviewer or from other reviewers about diverse books. I’ve used the example of books with trans characters because I can speak from experience on that subject, and I would be interested to hear from other marginalized identities if they have had these experiences.

Personally, I find these reviews very disappointing. A large part of my issue is when cis reviewers speak with such authority on a topic or identity that is not their own. I’ve seen countless books and authors dismissed as transphobic in these reviews which are then commented on by a lot of other cis reviewers who equally denounce the book based on this one person’s review. I find this incredibly troubling and, to be honest, I’m getting sick of groups of non #ownvoice reviewers sitting around congratulating each other on calling out a book without ever speaking to someone from that community! It’s important that we recognize how much influence book reviews can play in making or breaking certain books, especially if you are a popular blogger with a large following, so taking the time to do research and speak to individuals from that community is important.

Reviewing a book as a non #ownvoice reader can be difficult and you don’t have to like the book. It is okay to say that you did not enjoy a book and explain why you didn’t like it. But it is also really, really vital that you recognize that that book was not written about you nor for you. There have been books that I’ve read in the past that I haven’t particularly enjoyed like Juliet Takes a Breath, but when it came time to review that book I explicitly stated that JTAB is not a book for me, that I didn’t enjoy it, but that I’m incredibly glad that it exists because stories like that are important.

Obviously, if something is offensive then explain that in your review. Just don’t speak as though you have the ultimate authority on the topic. Do some research. Are there #ownvoice reviews about that book? If there’s not, say that you couldn’t find any and be prepared to change your review if approached by an #ownvoice reviewer to reflect what you have learned. You don’t have to like it, you don’t have to agree with it, but at least demonstrate in your review that you have listened and taken onboard feedback.

That’s personally how I feel reviews should be approached by non #ownvoice reviewers but it’s something that I would love to have a discussion about with you all. 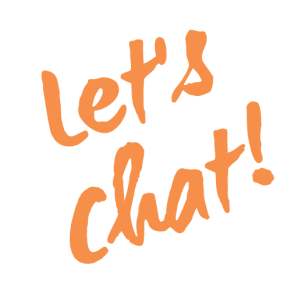