WWW Wednesday is hosted by Sam @ Taking on a World of Words! All you have to do is answers the following three questions:

So… I know it’s a day late and I haven’t posted a WWW Wednesday 2 weeks but I finally have a spare moment to actually do a quick post to update you all on what I’m getting up to at the moment reading wise. I’ve also expanded the question out to include what I’m playing video games, as I’m finding that I’m spending more time playing games than reading at the moment in an attempt to wind down with my partner, and some weeks I have no book updates but more game updates! 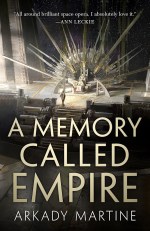 I was lucky enough to get an e-ARC of A Memory Called Empire from Tor and I am enjoying it so much so far. I had hoped I would have finished it by now so I could post my review tomorrow in anticipation of its release next week but it’s longer than I thought it was going to be and I’m still only about 39% of the way through. It’s great so far with tonnes of fantastic world-building, political intrigues and interesting characters! 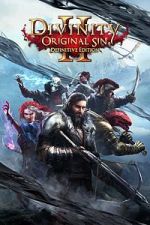 Ngl, I’ve been in a bit of a Divinity: Original Sin 2 hole for the past week and a half as well which certainly hasn’t helped my blogging and reading. My best friends are obsessed with this game so I got it in the Steam sale. Although it takes a while to get used to the game mechanics, it’s a really fun RPG game that is temporarily filling the little Bioware hole in my heart.

Thanks to the recent sales I’ve also ended up playing a lot of other games and jumping between them. I’ve updated my gaming list which you can look at to see what games I’m currently playing, haven’t yet played and my wishlist. I’m currently jumping between Divinity, Far Cry 5, Goetia, Pokemon Let’s Go Eevee & Stardew Valley

I finished The Snow Child last week. It feels so good to finally read and finish a book that has been on my TBR since 2012 and it was a wonderful book to finish off the winter with. If you like slow burn books with lots of atmosphere then this is definitely one for you, it’s especially great to read when snuggled in blankets.

I had hoped to have moved on to The Night Circus by now but had to put it aside to catch up with my ARCs which I am now falling behind on! I had planned to review You Asked for Perfect next Tuesday but seeing as I haven’t even finished AMCE I’m not sure if I’ll manage that, it’s definitely my next read though

So… I may have ended up subscribing to an Origin Premier account last week when I saw that I could play Anthem on it. I have been debating so hard over getting Anthem or not because I’ve been very curious about it but didn’t want to risk spending £50 on something that might not be very good. Instead I get to play the entire game plus loads of others on subscription instead, yay!

Usually that would be all for WWW Wednesday but as its the only place I have now I don’t really do The Sunday Post anymore, its the best way to update you all with news, etc. I have basically been pretty slammed at uni this Spring term and, as I’m sure you’ve noticed, have been struggling to keep up with blogging. I feel pretty disappointed that I’ve only posted 5 posts this week and still haven’t gotten round to writing my review for Tempests and Slaughter.

I’m hoping that now my work schedule is back to normal, I will be able to return to my usual routine and be able to schedule my posts better around that and my PhD funding applications were finally submitted so I’m no longer snowed in under that. I’m a little sad that I’m basically have non-stop ARCs ahead of me until the end of March now as I’ve been in such a mood to read my backlist books! I want to keep up with my new release ARCs though so am having to prioritize those at the moment.

Anyway, that’s it from me – just wanted to explain why I have been strangely absent this month. I miss blogging on the regular and seeing all of your wonderful posts 💜