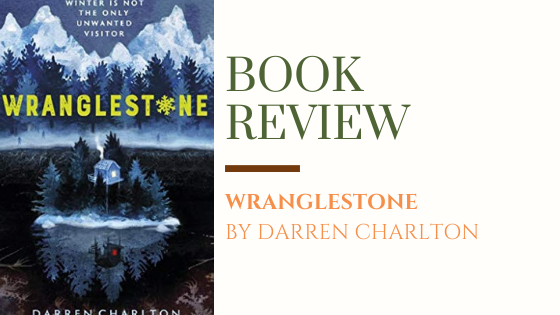 Synopsis: Winter was the only season every Lake-Lander feared…

In a post-apocalyptic America, a community survives in a national park, surrounded by water that keeps the Dead at bay. But when winter comes, there’s nothing to stop them from crossing the ice.

Then homebody Peter puts the camp in danger by naively allowing a stranger to come ashore and he’s forced to leave the community of Wranglestone. Now he must help rancher Cooper, the boy he’s always watched from afar, herd the Dead from their shores before the lake freezes over.

But as love blossoms, a dark discovery reveals the sanctuary’s secret past. One that forces the pair to question everything they’ve ever known.

Let me tell you about the joy I feel over the existence of a YA gay zombie thriller because I have had to endure far too many stories about heterosexuals during zombie apocalypse’s. Wranglestone is a refreshing take on this well trodden path not only in terms of its gay representation but also for its beautifully written and atmospheric writing and for Charlton’s take on zombies. I do have a few complicated feelings about Wranglestone which I’ll touch upon in the rest of my review but on the whole I enjoyed reading Wranglestone and think that this is an intriguing debut from a talented new YA writer.

First I want to touch upon Charlton’s writing and the general atmosphere of Wranglestone because it was one of my favourite things about this book. I honestly adored the way that this book was written especially during the first half of the book where I feel that Charlton’s ability to capture and portray detail, atmosphere and setting really comes into its element. Wranglestone is set in post-apocalyptic America in a national park; surrounded by a huge lake, enclosed within dense forest, and with a backdrop of snowy mountains. When reading Wranglestone, you really feel like you’re there. I could perfectly picture this wilderness and pored over the descriptions of Wranglestone’s setting. It very much reminded me of Far Cry 5 which I am absolutely here for.

For almost his entire life, our main protagonist Peter has lived on one of the small islands that make up Wranglestone; separated from the main community by the lake which they cross on canoes until the ice freezes over. However, when Peter makes a dreadful mistake which puts the community at risk of infection, he is forced to brave the dangers of the mainland just as winter is setting in and the freezing temperature beings to encroach. For the first time, Peter sets foot on the mainland, coming into contact with terrifying zombies up close and exploring the wilderness that surrounds him which means that we get to picture this beautiful land through his eyes as he drinks in the world around him and, as a result, we’re treated so some beautiful descriptions. In addition to the descriptive writing, Wranglestone also offers an eerie atmosphere of something that is *not quite right* which builds progressively throughout the book as Peter learns and discovers more about his community, zombies and what is really ‘out there’.

The one thing that didn’t quite hit the mark for me in terms of writing was to do with the pacing of the book. I’m not sure if some of this is to do with the fact that I had an early ARC version of the book, as I noticed on Goodreads that the length of the book is recorded as being 383 pages long but my version was only 239, but certainly in my copy there were important parts of the story that felt majorly rushed through and which really took the punch out of their delivery which bothered me. I’m hoping that the final version is longer and that this is something which has been adjusted.

There is an interesting array of characters who make up the community at Wranglestone as well as some others that we encounter as the story develops, though the stars of the show are surely Peter and his love interest, Cooper. My heart was all aflutter as the two boys got to know each other and started to interact with each other in a romantic way, and I was very much here for their blossoming romance. It is not an easy romance or relationship though as secrets are unearthed and tensions rise, causing conflict between the two boys that they must learn to navigate. As a MC, Peter is very much a naive and sheltered protagonist who, sometimes, frustrated me whilst Cooper is very much a rough-skinned southern boy who wrangles the dead, sees laundry washing as some weird past time, and charms everyone he meets. Wranglestone is a coming of age story and romance about Peter and Cooper yet I very much appreciated Charlton’s refusal to involve any kind of “coming out” element within the book. Peter is gay – that already seems to be established before the start of the book – and there never seems to be any kind of reaction to Cooper’s relationship with Peter, which I found refreshing and very much appreciated.

In addition to being a story about coming of age, Wranglestone is very much a story about secrets. This is the hardest section to talk about without giving any spoilers so I don’t want to say too much especially as secrets are such a big part of the overall narrative. Charlton not only uses secrets to propel character development (especially Peter’s) and the plot but also uses these secrets to challenge zombie tropes and speak to wider issues, particularly otherness. Without giving too much away, I enjoyed Charlton’s take on zombies in the sense that he explored some avenues that I was very interested in with The Walking Dead series that were never fully explored (in regards to season one of the TV series) and it was interesting to see how this developed.

Regarding using zombies to talk about otherness though is something that I wasn’t completely sold on and, at times, this is something that made me uncomfortable. Given that this is an m/m romance and that Charlton is a gay author, I got the sense that this sense of otherness was very much related to queerness (especially given the history of gay men and AIDS in America). It tapped into fears around love and difference, and themes of segregation and taboos. However, I think there’s also an element of whiteness within this story which stood out to me (in that the entire cast appears to be white, Cooper’s blonde hair is described as “tendrils” which make it sound like he has dreads and there are references to the “pale ones” and being outcasted) which made me feel quite conflicted. However, these are thoughts which I haven’t really been able to process well enough to be able to speak on this more coherently yet and I would be interested to read about others thoughts once the book has been released.

Overall, I think that Wranglestone is a promising debut novel from Darren Charlton and on the whole there were many elements that I enjoyed about it. As with my reviews of all debut novels, I have been a little more generous with my rating of 4 stars to reflect that debut authors are at the start of their journey. The beginning of Wranglestone was wholeheartedly a 5 star read for me but I felt that this dropped towards the latter half of the book for the reasons I touched upon in the above sections. Although I think that the ending of Wranglestone could have been stronger, it’s an exciting book that I think many will enjoy and I will be eagerly anticipating hearing others’ reading experiences once Wranglestone has been released on 6th February 2020. A huge thank you to Stripes Publishing for providing me with an ARC of Wranglestone. 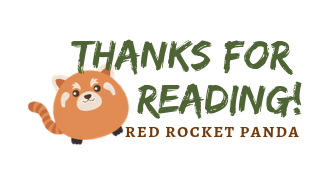 One thought on “ARC Review: Wranglestone |A Gay Zombie Thriller with a lot of Heart”

My mum bought @oryxbloc #WingsofRenewal for his birthday and I am very excited to be able to read it too 😂 give me all that good, good solarpunkness . In Wings of Renewal, 19 authors explore the exciting new subgenre of solarpunk through the lens of these majestic creatures. Whether they irrigate dry terrain or serve as spaceships, are mythic beasts come to life or biomechanical creations of man, these dragons show us a world where renewable energy overcomes gas and oil, and cooperation replaces competition . #solarpunk #solarpunkbooks #books #bookstagram #sff
6 months after starting the puzzle @oryxbloc bought me for me Christmas & I've finally finished! Who would've thought all we needed was a 3rd person 😂
"I don't think there is one single answer to the need for care... I want us to dream mutual aid in our postapocalyptic revolutionary societies where everyone gets to access many kinds of care - from friends and internet strangers, from disabled community centres, and from some kind of non-fucked up non-state stare that would pay caregivers well and give them health benefits and time off and enshrine sick and disabled autonomy and choice. I want us to keep dreaming and experimenting with all these big, ambitious ways we dream care for each other into being." Leah Lakshmi Piepzna-Samarasinha. Care Work: Dreaming Disability Justice . The book we all need to be reading right now as something which is incredibly poignant for quarantine times and essential for post-quarantine life. We can no longer ignore the need for radical love & radically inclusive, sustainable collectives. . #disabilityjustice #disability #disabledactivism #activism #activistbooks #books #bookstagram
A wonderful friend sent me this exciting package of VanderMeer books that they own so that I can continue my journey into Area X with the #southernreachtrilogy. They also packed in a few other VanderMeer as well as Okorafor's Lagoon . Looking forward to continuing my #inotherwaters inspired reading as well as discovering some new things, and feeling so grateful for all of the really lovely people I have surrounding me rn . #jeffvandermeer #books #bookstagram #sff #waterSF #sciencefiction #Annihilation
%d bloggers like this: